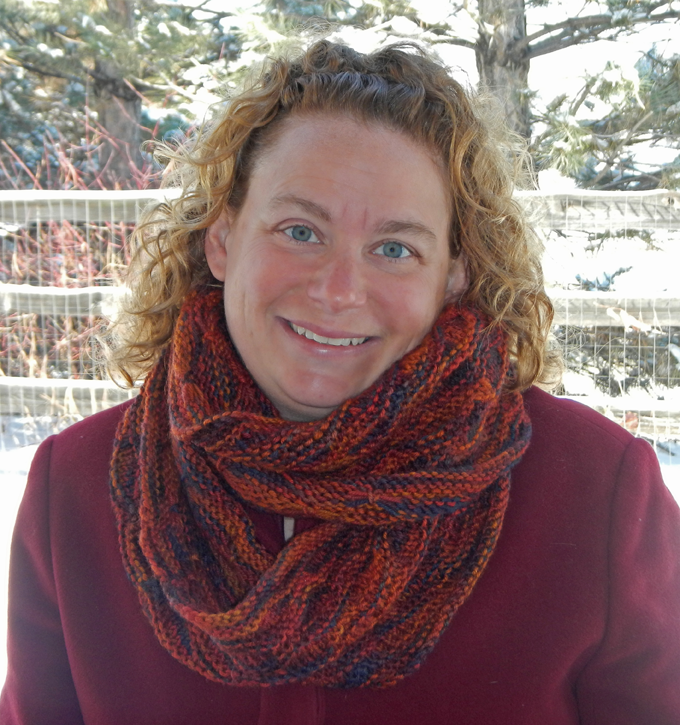 I am super excited to bring you all the very first interview here at What Are You Making Now!

Today’s interviewee is Sally Holt, the owner of Create2Thrive, and the creator of the incredible knitCompanion and PatternGenius apps. When I sat down to begin writing the review of knitCompanion, I took a chance and reached out to her on Ravelry. She graciously consented to join us. So with no further ado…

I am a computer programmer, turned knitter, turned inventor. I’ve taken my profession and love of computers and combined it with my obsession with knitting and formed my own small business, Create2Thrive.

Born in New England, I now live at the base of the Rocky Mountains in Colorado with my husband and dogs. I love the mountains and being outdoors. And I knit every second I get a chance. I love the challenge of tackling new techniques and pushing my skills. I fell down the rabbit hole of spinning in 2014. My yarn stash (and now spinning fiber stash) is totally out of control. I now justify this to those around me as my business (obsession?), and visit yarn stores every where I go and attend fiber festivals because it’s “work”.

Favourite Colour(s):
ALL THE COLORS! I really can’t pick just one, but I guess I’m partial to reds, greens, and blues. (Told you I couldn’t pick one ;))

Favourite Fiber(s):
Wool is definitely the staple yarn in my stash. I have a few very special skeins that are all from the same sheep, Megan. I met Megan (a BFL) at the New England Fiber Festival and I even got to pet her.

Favourite Quote:
“If you don’t do it this year, you’ll just be one year older when you do.”
~Warren Miller

Favourite Guilty Pleasure:
Taking my laptop out of my office to the back deck and working outside (like I’m doing right now!)

Rebecca: I know better than to ask any creative person “Where do you get your ideas?” But I am curious…what was the one thing about the idea of knitCompanion that moved it from “Somebody should make a thing that does this” to “This is something I must bring to life”?

Sally: It never even occurred to me to wait for someone else to do it for me. Now that you mention it, it probably would have been easier…but not nearly as much fun! 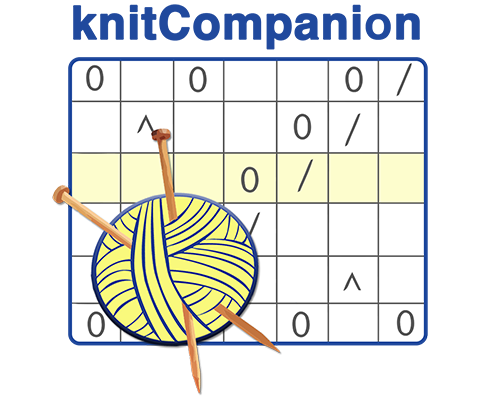 Seriously though, I’d spent several years pretty frustrated with all the tracking methods like paper, clickers, and yarn scraps dangling from my knitting (ugh!).

I sat at any number of fiber gatherings watching people attempt to go digital with highlighter tape on their e-book readers and the limited tools in PDF readers.
It took a few more months for it to all come together in my brain, but once I had the eureka moment it was inevitable that I would follow it through.

Rebecca: I’m not a developer, but I’ve been in the IT world long enough to recognize that not many things go smoothly right out of the gate. What is your go-to knitting project when you just have to step away from work?

Sally: Spinning. I know, that is not knitting. But when I started on this full time Lucy Neatby gave me some very good advise to find a hobby that was not linked to my profession.
Of course, she was spot on and now I can zen at the wheel when things go pear shaped at work.

Rebecca: Speaking of the IT world, I’ve heard you have a professional background in software development. When you first thought of knitCompanion, did you imagine it would eventually become your full-time job? How long did it take for the transition from employee to entrepreneur?

Sally: I sure hoped it would. I worked in the corporate world for a lot of years, and small startup companies made it bearable. But the larger a company got the less I enjoyed the work.
I certainly learned a lot over the years and had some wonderful mentors so I don’t begrudge the time. But starting my own thing was something of a natural progression.

Rebecca: Anyone who has seen me knit in the last couple of years has been introduced to knitCompanion, and “knitCompanion has revolutionized how I knit!” is something my Knit Night friends have heard more than once 😉
For me, lace knitting was something that went from a torturous slog to something I did for relaxation, once I learned my way around the app. Has developing and using KC changed your own knitting? If so, in what ways? 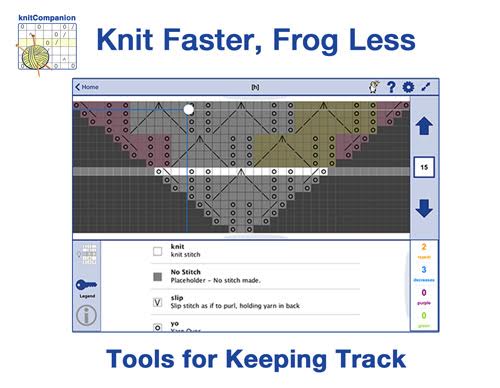 Sally: I’m such a better knitter now than I was before. Part of that is time and practice, but a big part is knitCompanion. The app makes it so much easier for me because I don’t have to deal with all the clutter that used to come with knitting.

Things like magnets, highlighter tape, flipping pages, counting how many stitches in a stretch, and tracking shaping all streamline into one simple interface.
That means I can focus on executing the knitting or learning a new skill. I really do knit faster and make fewer mistakes. For me, it makes all the difference in the world.

Rebecca: When you are describing knitCompanion to someone who’s never heard of it, what’s the feature that springs to mind?

Sally: I think for someone who’s never seen it before I always start with the inverted marker and being able to see the key while you knit. No matter what you knit or how advanced your skills, these are fundamental things that will improve your knitting time.
If I get more than a brief time to gush about the app, I will talk about Magic Markers and being able to join charts together. The power of these tools is just mind blowing.

Rebecca: It’s not just knitCompanion these days – PatternGenius is out in the world, too!
Did you plan to develop them both from the very beginning, or did PatternGenius strike you later?

Sally: I’d always thought about the authoring side of patterns and the challenges a designer faces in creating a beautiful, readable, and accurate pattern. I’m very pleased with PatternGenius and how it works. I love that it makes it possible for everyone to access a professional quality tool and grow their skills as far as they want without hitting limitations.

It has also been a great design experiment for us in the labs. It has let us take what we are learning about how people interact with a touch interface and use apps in general and gave us a fresh take on interface design. Over time you’ll see a lot of that learning roll back into knitCompanion.

Rebecca: As a budding designer, I really appreciate that you allow professional usage of PatternGenius. It’s certainly made my design attempts (see budding, above) so much easier. What kind of feedback/reception have you gotten from real designers so far?

Sally: They love it! Not only is it as functional (and in some ways much more functional) than other tools, its also totally portable.

Rebecca: Regarding feedback, you maintain an active social media presence, and two very active Ravelry groups. I love the “Greedy Feature Requests” threads on Ravelry!
How do you narrow down those requests for each software update?

Sally: A lot of what we have done with kC is a direct result of customer requests. SmartCounters are a perfect example, and so are Magic Markers. Both of these are major features requested by lots of people.

Both were in research and design for years, which means just because your requested feature wasn’t in the last release doesn’t mean we aren’t working on it.

For example, we were working on the technology for Magic Markers back in 2013 because people were asking for the ability to color code all stitches of a certain kind with one go.
Back then iOS couldn’t run imaging analysis on board; it needed a network connection to a server (just like most voice recognition still does today). I didn’t want to compromise and require a network for that feature so we held off releasing it.

With iOS 8 we could support on board image analysis and were able to bring this long running research project to customers.

Rebecca: Looking ahead to the future, what are the things you’re most excited about for knitCompanion and PatternGenius? Any sneak peeks you can share with us?

Sally: There are so many things on the list for both apps! We are hard at work on the Android knitCompanion, which is also going to be the first app on our NextGen platform.

NextGen is a complete redesign ground up that is also fully cross platform. The new platform is going to allow us to bring a number of nifty new things to customers on all platforms.

PatternGenius also has a major new feature waiting in the wings. Its pretty exciting and I can’t wait to bring it to designers. I think it will rock their world.
I do wish for more time in every day, as our biggest constraint right now is time, not ideas!

Rebecca: Thank you so much, Sally – I appreciate the time given for the interview, and your amazing apps! 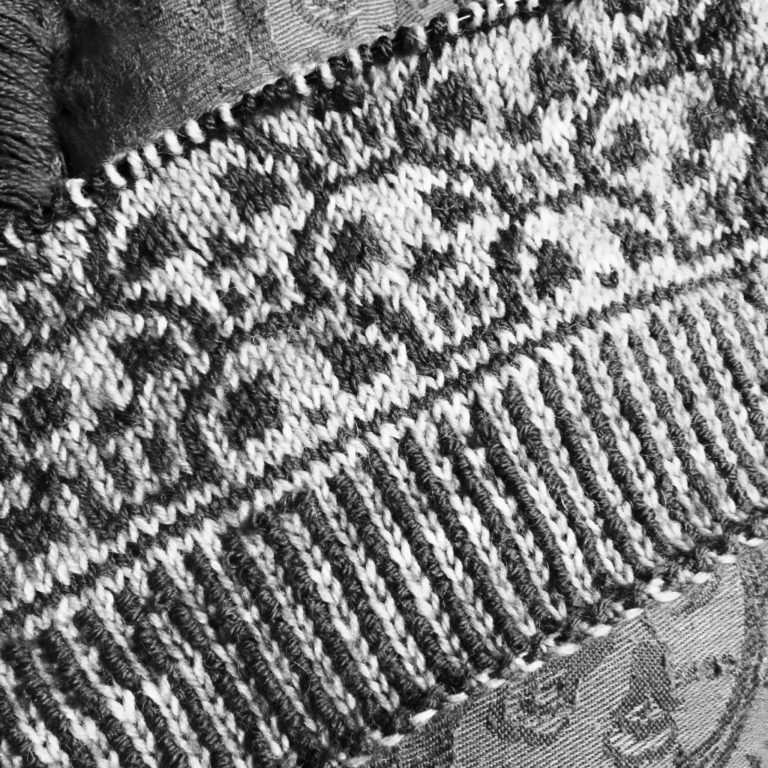 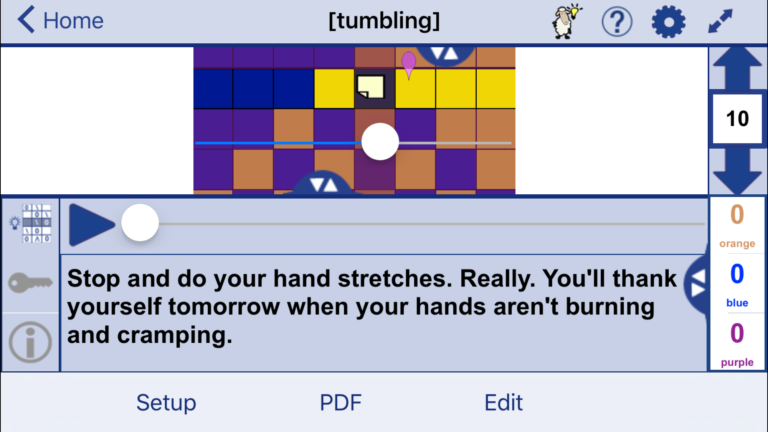 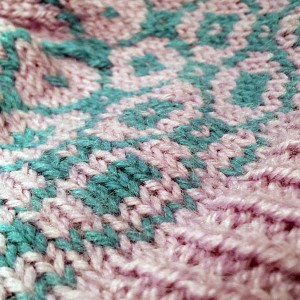 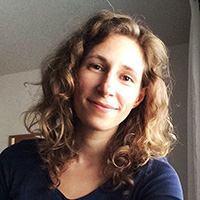