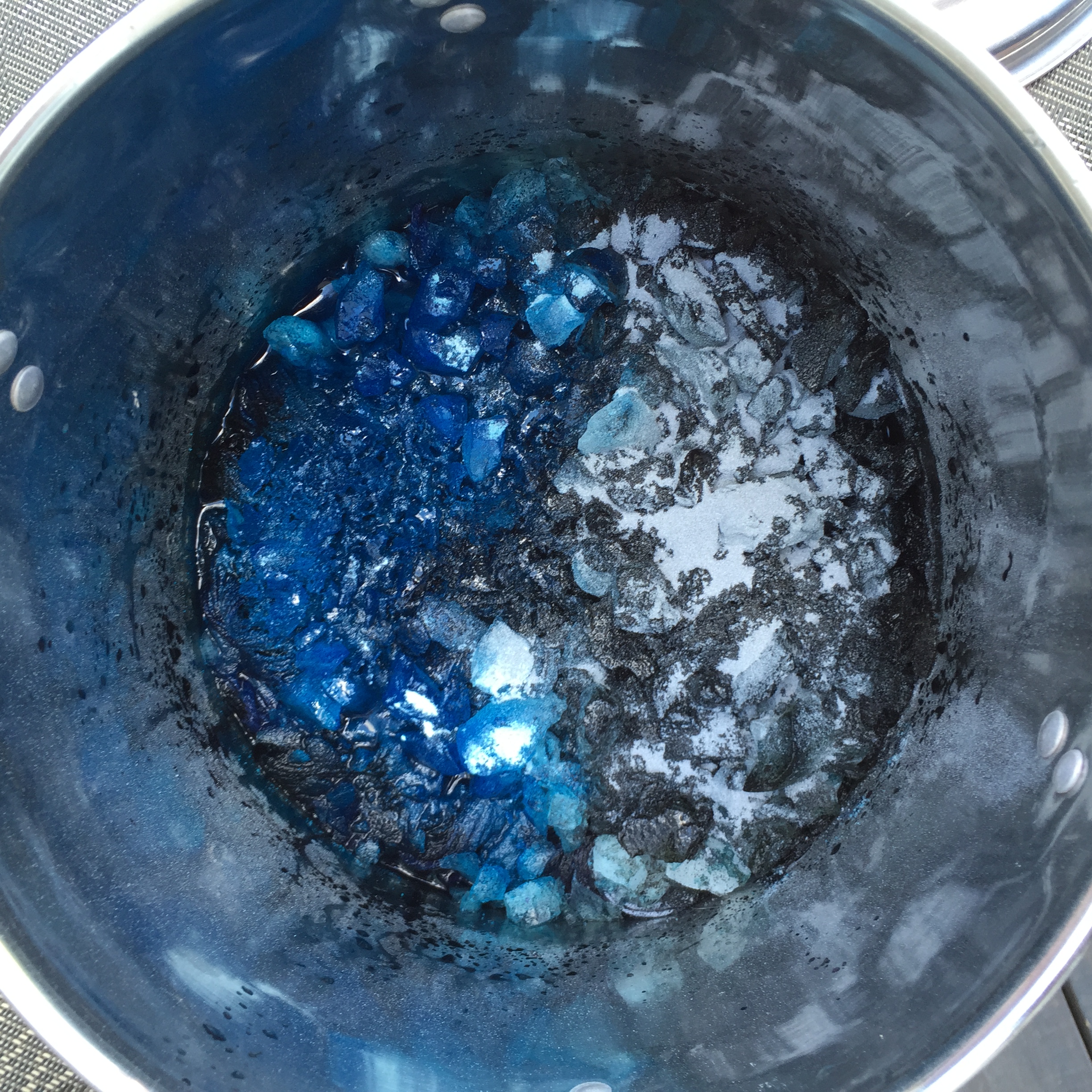 Once upon a time, I was a brand new knitter.
I picked up an issue of Vogue Knitting, and it had a pattern for some lovely socks.
I knew almost nothing about knitting (as it happens, I was a year away from turning my first heel) and I had no idea that yarn could be substituted. 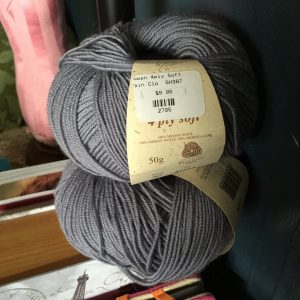 I was on vacation in Washington, DC, with my family, and decided to pick out yarn for the project as a vacation souvenir. The yarn store owner was helpful, but didn’t suggest any yarn substitutes…which is how I wound up with two balls of Rowan 4 ply soft in the least objectionable shade they had in stock.

I’m sure it’s a perfectly lovely colour – I, however, am not even a little bit a pastel person. So this yarn has sat in stash since 2008, has been periodically pulled out and petted and squeezed and contemplated, but always rejected for being just too very pastel.

A couple of weeks ago, I reached for it again, and thought “I should really overydye it!” but it was just too warm to heat up the kitchen and drag out the dye pots. Then I remembered that ice dyeing is, in fact, an actual thing.

Here’s how I did it:

First, I wound both balls of yarn into skeins, tying them loosely at 4 points each to lessen tangles. 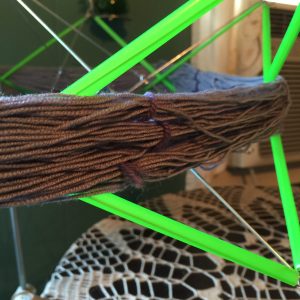 Then I placed them together into one of my dye pots (always, always use a dedicated dye pot if you use acid dyes. This time around, I used Kool-Aid, but I highly recommend keeping a pot or two set aside just for dyeing.)

Next, I covered them with crushed ice, and sprinkled 4 packets each of Grape and Mixed Berry Kool-Aid on top of the ice. Then, I covered the pot, and set it out on my deck in the sunshine.

After 4 hours or so, I checked on it, and the ice was mostly melted. I flipped the yarn over, added more ice and another 4 packets each of the two Kool-Aid colours, and covered it again.

3 hours later, it was cooling down (I’m in Canada, and even summer days don’t stay warm forever!) so I took a peek at the yarn. The ice was again almost melted, but not completely, and the water was almost clear, so I brought the pot inside and put it on the stove just long enough to bring the water to the beginning of a boil. 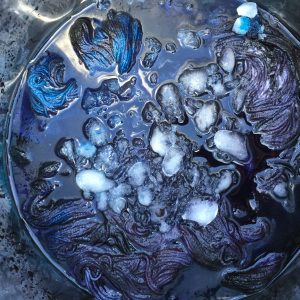 Then I removed the pot from the heat, let it cool, and lifted the yarn out. I gave it a final lukewarm rinse in my kitchen sink, and hung it up overnight to dry.

By the next morning, I was much happier with my yarn purchase from all those years before 😉 I now have 100g of soft-yet-vibrant yarn, just waiting for me to find the perfect project! 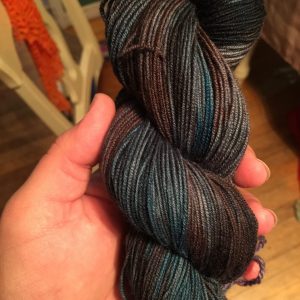 Moral of the story? Don’t ever be afraid to overdye your yarn! If you have some (wool) yarn sitting there that you just can’t love, you don’t have anything to lose by throwing some ice and Kool-Aid at it!

Yarn Dyeing with Ice and Kool-Aid

Wind yarn loosely into skeins, and tie it loosely in at least 4 places.
Cover yarn with crushed ice.
Sprinkle half of your Kool-Aid onto the ice.
Cover the pot, and set in a sunny location.
Once the ice is melted, flip the yarn over.
Cover with ice and the remaining Kool-Aid powder.
Once the ice is completely melted and the water is clear*, hang yarn to dry.

*if you run out of daylight, place the pot on the stove, and bring to a slowly simmering boil. Simmer until water is clear, let yarn cool, and hang to dry. 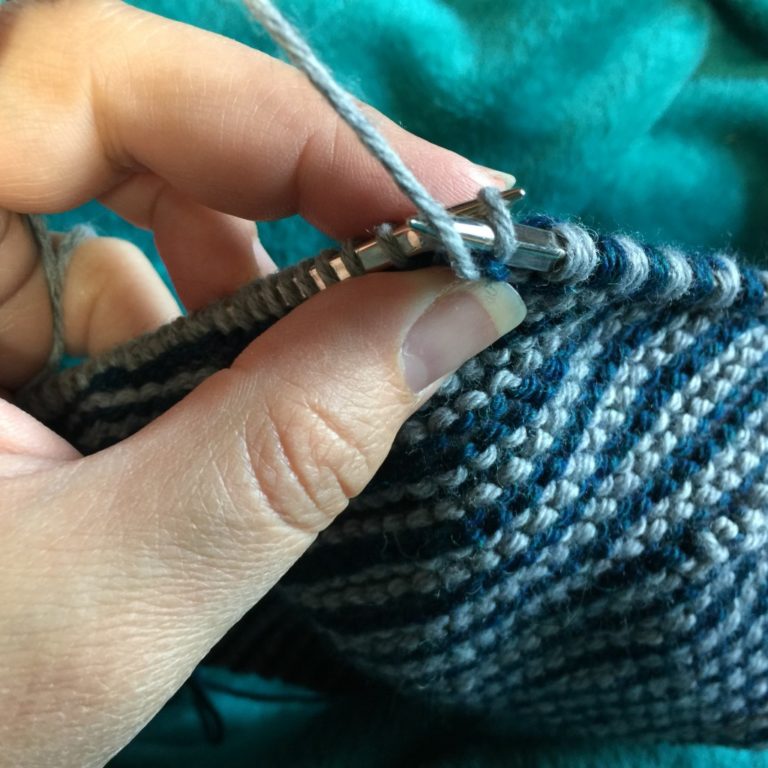 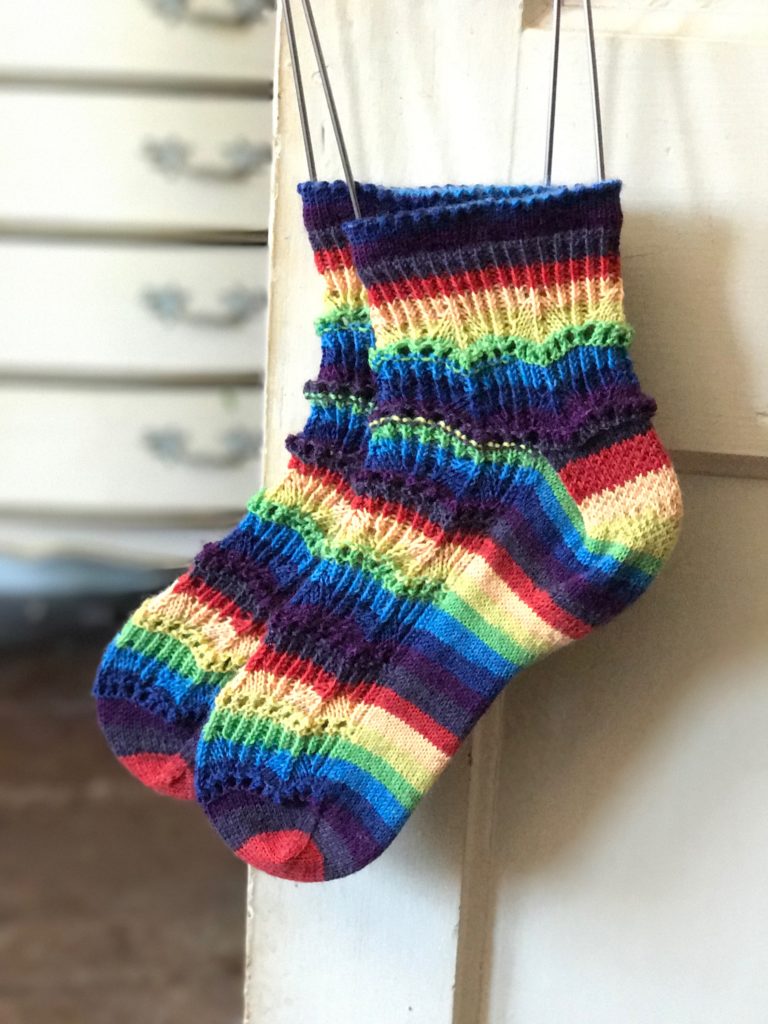 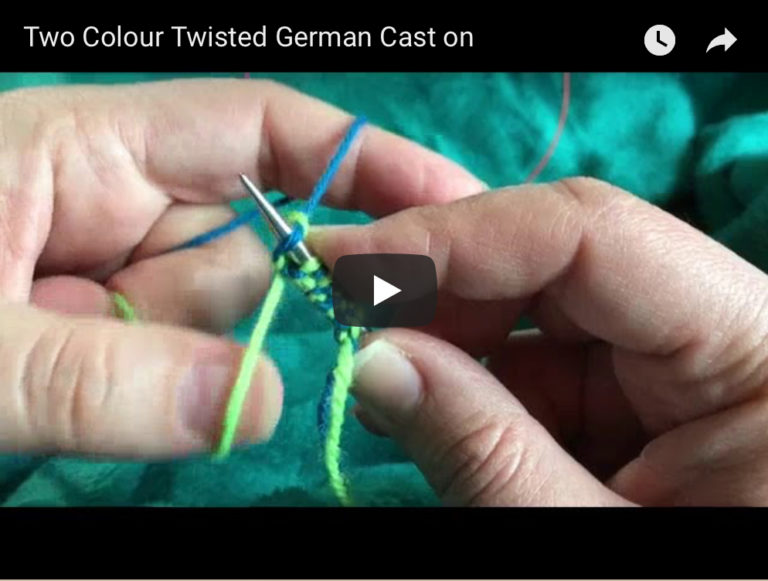 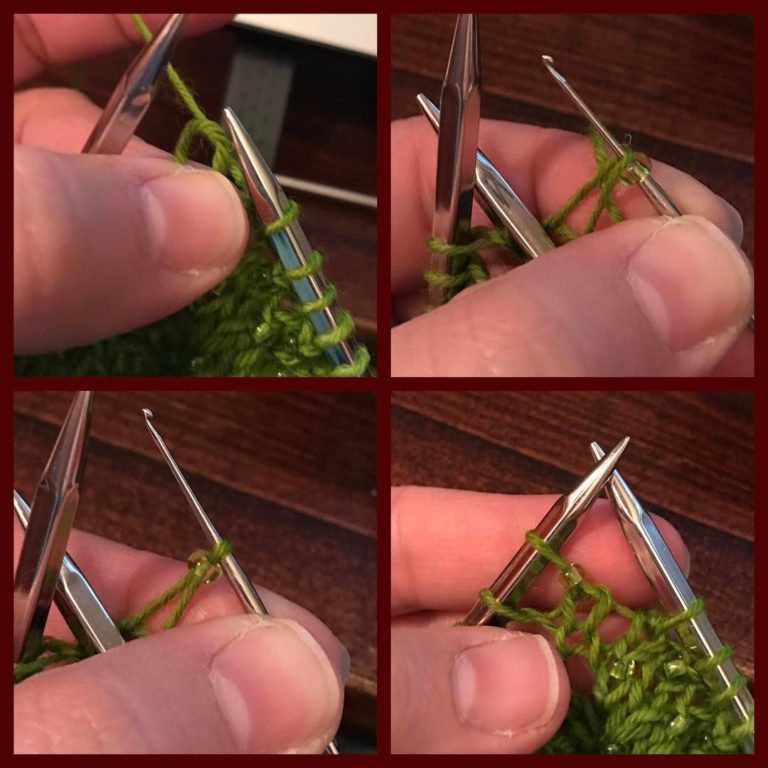